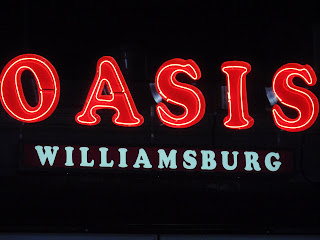 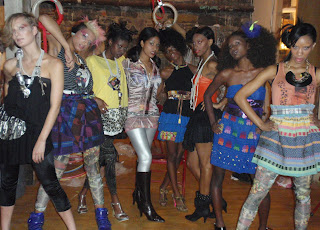 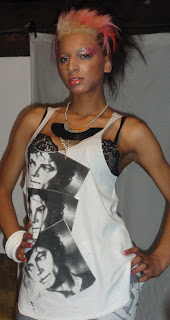 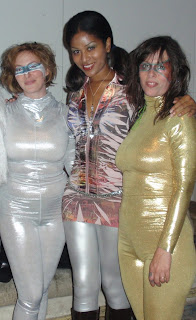 Eat your heart out Mercedes Benz Fashion Week, Williamsburg Fashion Weekend (WFW) is also in the fashion game! Founded 5 years ago in Willimiamsburg, Brooklyn, WFW is known as “the original innovator of unorthodox fashion shows in Brooklyn”. Whereas some fashion lines look like cookie cutter versions of each other, one can always expect to see authentic, unusual style, some even over the top in a fun way. My friend, Alisha Trimble, was one of the featured designers, and she also did an art performance at the show with performance artist Cleo Fishel (both of whom are in my webisode with me featured below). Not only did designers show their new clothes, but different bands and musicians played. It was an indie of a fab time! After the event, model friends and I went to this party at a club called Glassline a few blocks away, which was hosting a soul clap dance off contest! A couple people who had registered did not show, and the vodka had kicked in by then, so I volunteered to compete. Even though my dancing skills are funny, I just wanted to have fun, and it sure was! Remember, it’s not about winning, it’s about enjoying different experiences! To learn more about WFW: williamsburgfashionweekend.com

Posted by Ashley and New York at 6:23 PM