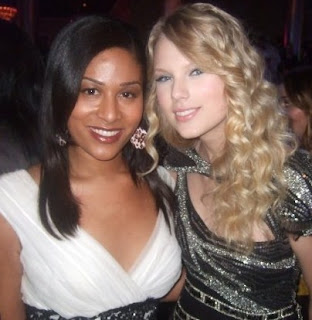 True to MTV VMA fashion, drama occurred. As Taylor Swift recived her award for Best Female Video of the year, Kanye West grabbed her mic and exclaimed that “Beyonce had the best video of a time.” Well, Beyonce did win Video Of The Year, which is the highest honor of the night, so it’s not like she was jilted. It was just bad form for a grown adult to bully a teenage girl during her moment to shine (and shocking and uncomfortable to watch). Taylor deserved that award, as I’m sure the other nominees did too, and Kanye was wrong. I am fan of Kanye’s political expressions, and even some of his outbursts, like when he called former President Bush out for not helping the black community as much as he should. But poor Taylor did not have to be a casualty of Kanye’s war against the world! However, Beyonce, who has always been a consistent class act, redeemed Taylor’s honor and let her finish her thank you speech. I’m curious as why Kanye did that? Did he think racism was involved? Again, Beyonce received the highest honor, so what were his motives? Anyways, I confess that I am big fan of Taylor Swift’s music, and Carrie Underwood, and many other country songs. Hey!- a black girl can listen to country pop, and still be black! I love the theme of love lyrics and inspirational messages in a lot of country songs. Kanye has since apologized, saying he was drunk. Well, I’ve done some crazy things when I was drunk too (shhh….don’t tell anyone!), but I don’t think I’ve ever broke a poor kids heart on one of the biggest nights of her life! At the end of the day, I feel Kanye just had a bad day, but over all, he has done more for social change then harm it.
Posted by Ashley and New York at 1:15 PM