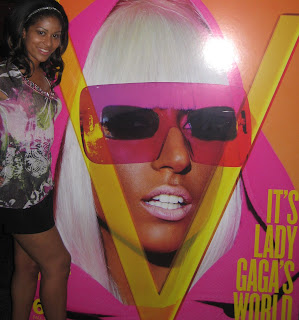 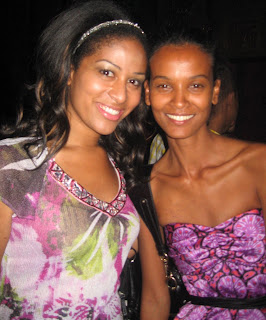 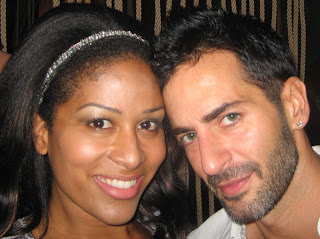 The party that looks the craziest outside during NYC Fashion Week every season is of course the Marc Jacobs after party. I’ve seen almost 200 people outside one year frantically trying to get in. This year was bound to be a great party, for Lady Gaga was giving a special performance. I went with a friend of mine. It was very packed on the inside, I could barely move, but the VIP area was even more crammed. I was happy to see Janet Jackson. She seems to be holding up well, and looked like the new matriarch of her iconic family should be, just lovely. Micha Barton, Russell Simons, super model Liya Kebede and others were there. It was such a lovely NYC crowd. As Lady Gaga started to perform, I left the VIP area and somehow made it up to the front of the stage are, where the security guard was nice enough to let me get really close to film an exclusive “Ashley And New York TV” episode of her performance (see below). She was angelic looking with her white piano and sun goddess hat. I ran into my friend Josh from LA who is one of the managers now at the party’s venue, Maritime. The gift bags were the best this Fashion week, with MAC makeup, Lady Gaga inspired sunglasses, shoes, silver leggings, etc..

Posted by Ashley and New York at 3:15 PM