Why I Declined a Friend's Invite to Chris Brown's Grammys After Party. What's To Celebrate? Brutality? Immaturity? Lack of Remorse? 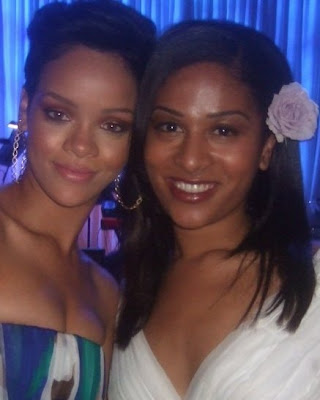 A friend had invited me to the Chris Brown Grammy After Party last week, yet I was shocked. Why would I celebrate a person who assaults the divine feminine, and then acts like an arrogant and unapologetic brat who shows no sincere remorse for his actions? The message he sends to young girls and boys is that it's okay for men to be out of touch or control of their emotions and use violence instead of healthy communication. Every interview after the incident Chris Brown has done nothing but deflect blame and belittle the severity of his behavior.

And now his infamous Tweet following his 2012 Grammy win: "HATE ALL U WANT BECUZ I GOT A GRAMMY Now! That's the ultimate F**** OFF!" Um, excuse me, but I'm confused. Brown tweeted the word "HATE"? What? People protesting brutal domestic violence means we are actually *against* hate and violence, and for love, more gentleness and peace. So his tweet made no logical sense. It just proved he has not matured or become less violent. Therefore he has not sought redemption, so he does not deserve forgiveness from Rihanna’s fans and the public in my opinion.

I declined the invite and stayed home to watch Whitney Houston movies with my girlfriends.

The two new developments that have everyone talking are:
ONE) The Grammys for some odd reason awarded Brown with a Grammy award
TWO) Rihanna and Brown have released two songs that they have collaborated on together.

First, I can’t for the life of me understand why he received a Grammy after his unacceptable violence. On top of that, I thought some of the other nominees were more deserving. Second, Rihanna may or may not have forgiven Chris Brown, however, many of her female fans have *not* forgiven him. Maybe one day, or maybe never, but definitely not now
Posted by Ashley and New York at 3:44 AM