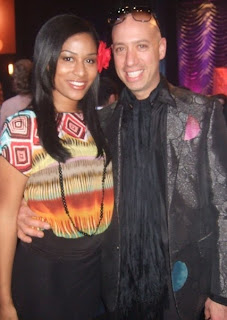 I'm so happy fashionisto Robert Verdi finally has his own show! I met him years ago at Mark Jacob's fashion show after party, and Verdi sure can dress! I saw the premiere episode tonight, and he is so fun and a laughing riot! In his show he aims to not just do fashion related endeavors, but to take over the world!

"Follow the incomparable Robert Verdi as he tries to take over pop culture one product, party and outfit at a time. Sick of living in the shadow of his celebrity clients, he knows he deserves more attention, more money, more fame, more stuff, more stuff, MORE STUFF!!!" - Logo's website


You can see "The Robert Verdi Show Starring Robert Verdi" every Wednesday at 10pm on Logo
Posted by Ashley and New York at 7:38 PM