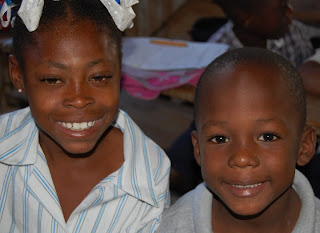 Tragedy struck Haiti yesterday, as a massive earthquake hit, killing over a 100 thousand people, and causing destruction in an already impoverished country. I have so much respect for the people of Haiti, as they were the first nation after America to win independence from imperialism. Haiti was the first Black republic as well. One of my best friends in New York City is named Jada. Her family is from Haiti, and her parents migrated here before she was born. She told me that America barged into Haiti in the early 1900’s, set up a brutal military occupation (killing almost 12,000 innocent Haitians), and made false promises of setting up modern infrastructure, education and resources. Then they pulled out, leaving the people with unfinished roads, in debt and did not even teach the people how to finish the job the US left. The US left the country in utter ruins, and to make matters even more inhumane, the US then placed an embargo on Haiti, making them impoverished. Our country owes it to the people of Haiti to help them in their time of need.

Some immoral lunatic/false messenger named Pat Robertson is spreading propaganda in the media regarding Haiti saying, “And they got together and swore a pact to the devil. They said 'We will serve you if you will get us free from the prince.' True story. And so the devil said, 'Ok it’s a deal.' And they kicked the French out. The Haitians revolted and got something themselves free. But ever since they have been cursed by one thing after another,"

Wow! What person who calls himself a man of God would ever express such hate speech and falsehoods (sadly, a lot do)? It was God who helped Haiti rid themselves of the greedy and moral free imperialists. It was God who gave the indigenous people the faith and strength to stand up against the French. Oh, when I say the word “God”, know that I do not mean “an organized religious, judgmental God”, I mean the “all loving energy, universal, open, free spirited God”. People like Pat Robinson need to stop misrepresenting the essence of God’s word, which did not condone theft, bullying and lies. Please pray for people who preach hate like Robinson, and ask that they will accept love and humanity in their lives. Please pray that the US will give real aide to Haiti. Pray that the people of Haiti will resurrect the strength they had during their revolution to pull themselves out of this catastrophe.

Hip Hop artist Wyclef Jean is urging people to donate $5 to his Haitian charity, Yéle Haiti, by texting "YELE" to 501501

ONE LOVE
Posted by Ashley and New York at 1:53 PM