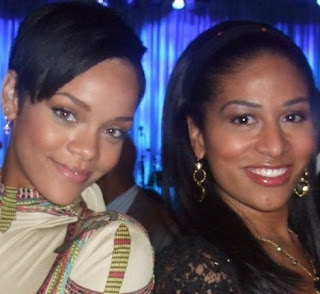 Rihanna sat down with Dianne Sawyer recently on 20/20 for the first time ever to discuss her ex-relationship with Chris Brown. Rihanna was very honest, forgiving and brave. She gave details of "the night" that made headlines, and Brown has since complained of her disclosure. If he cared so much for privacy, he should not have assaulted a public figure! If he valued his image so much, then he should not have behaved like an arrogant, abusive and savage little boy that gets violent when he doesn't get his way! He went on the Wendy Williams show last week as part of his "remorse tour" and had the audacity to criticize Rihanna for giving her testimony on 20/20, even though her words are inspiring girls and women around the world to not accept domestic violence. Once again Brown shows how self-centered he is to think that he is more important then the millions of girls and women who have been positively effected by Rihanna's interview which encouraged women to put emotions aside, and get out, before it's too late. My favorite part of the interview (which I've posted above) is when Sawyer commented on how Rihanna seemed to be the last person to be in an abusive relationship because she seemed so "confident and strong". - Rihanna interrupts her and says, "I AM strong. I didn't cause this. I didn't do it. This happened TO me, and it can happen to anybody, and I'm glad it happened to me, because now I can help girls who are going through it." It was very powerful for her to set the record straight- when a man hits a woman- it does not show his "strength", it actually shows his "weakness"- and likewise- Rihanna, or any woman, is not weak because they were attacked. The victim is only weak if she stays in the abuse. Women, minorities, spiritually free people, true artists, and oppressed individuals are not "weak" because they live in a violent, capitalistic, superficial, scared and lost environment that seeks to devalue the divine feminine and promote fear and class systems to control and degrade the masses- they are only weak if they buy into all these disgusting lies and propaganda. Physical violence is never the answer- and true power comes from inside, not from the fist. Violence does not not trump love, inside beauty, courage, feelings, faith and forgiveness. "We are strong!"
Posted by Ashley and New York at 9:46 AM