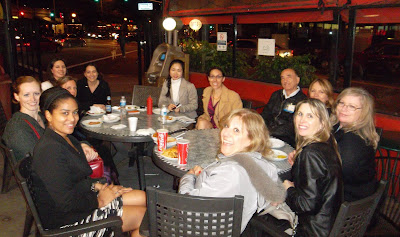 Some of the filmmakers and festival volunteers make a cheeseburger run in between panels and screenings! I took them to my favorite burger joint, Hamburger Haven, super yummy! 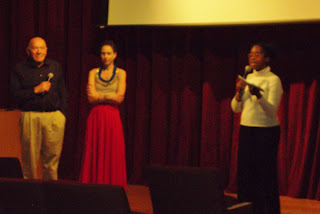 Diana Means (right), who is the director of the festival, introduces the filmakers of for a Q&A following their screening 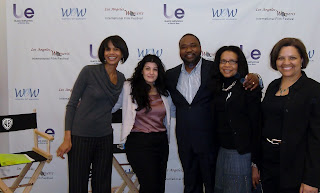 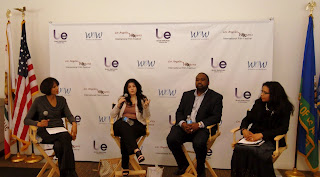 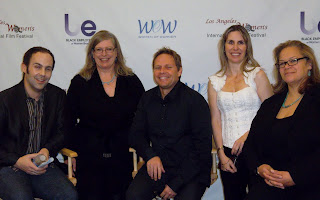 Panelists from 'The Changing Face of Distribution', and members of WOW

Female filmmakers attend panels on Saturday to learn about behind the scenes and the business of film from experts. Was very informative!

Posted by Ashley and New York at 6:39 PM